It seems appropriate that I would finish this book the day before 9/11. 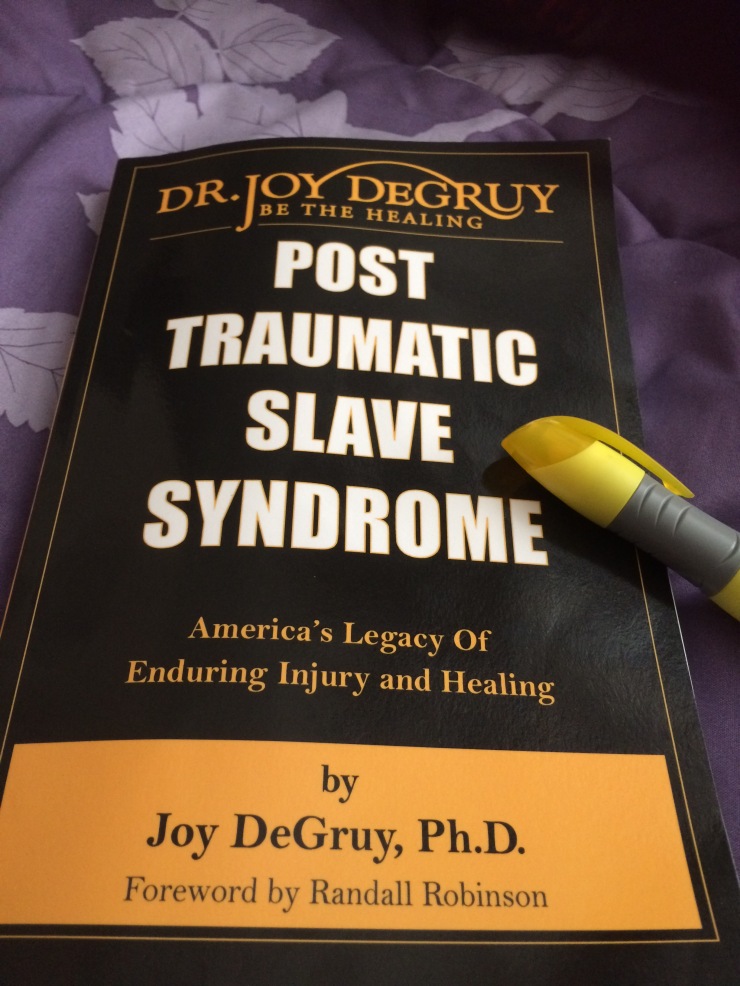 Trauma – an injury caused by an outside, usually violent, force, event or experience.

15 years ago I witnessed on TV an unbelievable, hugely traumatic event. It shook me to my core. I remember where I was and what I was doing. I had just started a job and was on my way to work. I was also living with my neighbor and my son who was a toddler.

The year prior, I experienced an unbelievably traumatic event that shook me to my core. My mother died tragically in my arms. My life has not been the same since.

When 9/11 happened, I was an American living in America. It seemed surreal. It happened in one day but the effects lasted so much longer, even to this day. I remember going to work that day but not being able to continue going. But it was good I went that day because for the first time I heard about how and why there would be people that were unhappy with us, the US. It was difficult to hear. I was numb, didn’t have the energy to be defensive in any way. I was also surprisingly empathetic. I had a number of feelings during this time. I was shocked at my ignorance about foreign policy and other countries. It’s almost as if I lived in this bubble, content in thinking that I need only be concerned with my country. And who am I kidding? Be concerned with me. My family, my needs, my desires. I didn’t have much more concern with what was happening even outside my state.

I don’t think it’s possible to live in America before 9/11 and after and not see and feel palpable change. Then there are others who weren’t born until after 9/11. They won’t think twice about what they have to go through to travel on a plane. It will seem normal. The word islamophobia will be just another common term of prejudice. And there are numerous policies put in place that come from that one horrible, tragic, indelible event. I remember talking to a friend of mine at the time. We were of course talking about what happened with the Twin Towers. He said, “it’s horrific.” I asked him if he knew anyone in the towers and he replied, “it doesn’t matter that I don’t know anyone. There are people jumping out of windows.” He was white. It didn’t matter if you were white, black, brown, asian; if you were American, this was happening to you. Nobody was concerned with the ethnicity of the woman jumping out of the window or of the ethnicities and backgrounds of the numerous amount of first responders that perished that day. They were human (people).

Trauma affects people differently. I didn’t know anyone that died in the Twin Towers and I didn’t need to, in order to feel traumatized. I felt concerned, overwhelmed, fearful, uncertain, tired, and just depressed. There are people as Dr. DeGruy says, who didn’t even live in America but saw it on TV and may not be able to get on planes anymore and those who were there, saw the bodies hit the street and can watch the footage over and over again without losing sleep.

These are just two events. When talking about chattel slavery, that would be centuries of trauma. CEN – TUR – IES. How is it possible for anyone living in America to escape the effects of the trauma? Are we not people? And as Dr. DeGruy reminds the trauma didn’t stop after the emancipation of slaves. That’s actually when the real lynching started.

“My people perish for lack of knowledge”

I’ve always been interested in the subject of healing.

When I was little I would hear my mom moaning from pain and wish with all of my might that she could he healed. Ever since I can remember my mom was in and out of the hospital. Apparently, after I was born is when her health afflictions started. Yes, she was able to keep her job and keep working until she passed (even had an amazing laugh and wonderful spirit) but she was, it seemed, always in some kind of pain until she passed.

I remember moving from a place of empathy upon hearing her cries to a place of apathy. When I felt like I couldn’t change her circumstance, I felt irritated and annoyed at her cries. I started to blame her for her situation. Why couldn’t she cry softer? Did everyone have to feel her pain with her? How selfish of her to force that on everyone within earshot. Maybe if she would eat better. Maybe if she would try Eastern medicine as opposed to just Western medicine. Maybe…

I felt helpless, hopeless and powerless to her situation. One day she started to want to include me in her treatment. She would trust me to help administer her insulin shots. I took this very seriously. I felt like I was helping in some way. But I would still have talks with God about why there needed to be suffering anyway. I couldn’t understand the point of it.

Years of raping, lynching, beating, dehumanization – crimes against humanity with impunity can not leave a country and its inhabitants unscathed. How can we logically believe that only the oppressed have been affected and not the oppressor? How can we logically, realistically believe that just because you weren’t alive around the time of the atrocities that you aren’t affected now in some way? We are talking about a country that not only enforced white supremacy but wrote policies and legislation founded on that principle. Anything/one less than white was inferior.

I remember with 9/11 that there at first was a hope that people were getting out alive. When you would hear about someone missing, there was a hope that they were already out and just not reported yet. But then as time went on, and people were holding up pictures of loved ones missing…the dread of the reality would sink in. Their loved one was not coming back. This process for me was agonizing and I didn’t have a loved one that went to work that day in the World Trade Center. But still, I was there, hoping and praying for first responders, maintenance workers, office workers, people who were in the doomed planes, that somehow, there had been some mistake. Somehow, that person must’ve survived and is just under the radar. Maybe they have amnesia and don’t know to let someone know their identity. Maybe…

A couple of years later, I did end up having someone close to me that I had to report missing, my beloved dad. And it was excruciating. All of the pain, guilt, wonder, lack of closure. There were the procedures of the reporting in itself. Fill out the necessary paperwork, relive the last moments you saw them, provide the most recent pictures of them – then…wait. I wouldn’t wish that on anyone. NOT ANYONE.

What do you do when you’re waiting? And that’s another type of hell.

I’ve heard it said that the pain of losing a loved one doesn’t really go away, you just learn how to live with it, adapt. It’s important to adapt. There are very specific ways we learn to adapt to trauma, some healthy, some not so healthy.

With 9/11, I remember seeing more and more people smoking than I did since the 70’s. When I would get pulled over for a simple traffic violation (not completely stopping at a stop) near my house, I was surprised at how short the officer was with me. I usually had pretty good experiences with the police up until that point. In traffic, people with American flags attached to their cars, seemed to be more impatient than normal with minor mistakes their fellow drivers would make. It would seem like at the drop of a dime, horns would be blaring, expletives would be shouted and fingers would be raised. This was in stark contrast to before 9/11 at least in my neighborhood of Pasadena.

If some unhealthy ways of adapting to trauma are never addressed or corrected, it seems very likely that they will be passed down to future generations. And then as Dr. DeGruy says, “it becomes their culture.”

In the interest of healing, I welcome truth. In the interest of wanting to see change, I first have to start with me. “Be the change you want to see.” I am very thankful that this book came across my path. Being a believer and a follower of Jesus Christ, I don’t believe it happened by accident. Very grateful indeed.